Brexit & HR: How a No-Deal Brexit Will Affect Workplace Rights

The UK government has published their plans for a no-deal Brexit. We break down how this will affect existing workplace rights provided by EU law.

Brexit is fast approaching. On the 29th of March 2019, the UK will cease to be a member of the European Union and HR professionals are undertaking the mammoth task of trying to prepare their organisations for all outcomes.

The UK government has maintained that negotiations are going well and that they are certain a good deal will be struck, but as the October deadline for confirming a deal creeps closer, there’s significant concern that this is achievable.

And with key issues like Northern Ireland still to be settled and the repeated refrain of 'nothing is agreed until everything is agreed' coming from EU officials, is it any wonder so many people are worried?

The UK government has now published its ‘preparations for a no deal scenario’, many of which are salient for businesses. They include details of what will happen to the workplace rights that are provided by EU law if Britain ends up leaving without a deal in place.

Which workplace rights are included?

The government document only covers workplace rights that stem from EU law, as any created under UK law will not be affected by our leaving the European Union.

The rights covered include:

This is not an exhaustive list: there are other laws, legislation and requirements that have been created by EU law, but those listed above are some of the most crucial. 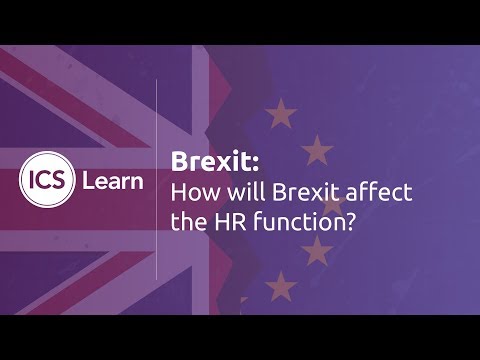 The short answer is: not really, with two exceptions.

In June 2018, the EU (Withdrawal) Act was passed by the UK parliament. This should ensure that workers maintain the same rights they are entitled to now from the day the UK exits the EU.

The UK government has stated its intention to slightly amend the language of the legislation so that it shows that the UK is no longer an EU member state. However, they have made assurances that these tweaks will not change the policies themselves.

If all goes to plan, then most EU laws and regulations on workplace rights will pass into UK law smoothly. The two exceptions surround employer insolvency and European Works Councils.

Employees working in the UK for a UK or EU employer will continue to be protected by the Employment Rights Act 1996 and Pension Schemes Act 1993 implementing the Insolvency Directive.

Employees will still be able to bring claims in the same way and this will apply to all employees regardless of whether they are a UK, EU or non-EU citizen.

However, UK and EU employees working outside of the UK for a UK employer may not be protected, as there are variations in how each EU country has implemented the legislation.

A European Works Council is 'a body that represents employees of the multinational in the European Economic Area (EEA) in discussions with management on transnational issues'.

If a no-deal Brexit occurs, UK regulations on EWCs will be amended in the following ways:

If your organisation has an EWC, the government advises that you review the agreement and plan for any changes that would need to be made in the event of a no-deal Brexit.

This is all the guidance that has been provided by the government for the moment. If you’d like to review the full list of preparations for a no-deal Brexit, you can see it on the government website.

Now we can all get back to counting down the days in panic or celebration, depending on our particular persuasion!

Future-proof your own career with our 100% online CIPD qualifications.

Ready to advance your HR career?

Our friendly Course Advisors will send you more information about the course and answer any questions you have.

Ready to advance your HR career?

Have a question?
Click here to email our advisors.

Learn how we keep your data private

We've got a site tailored for you.